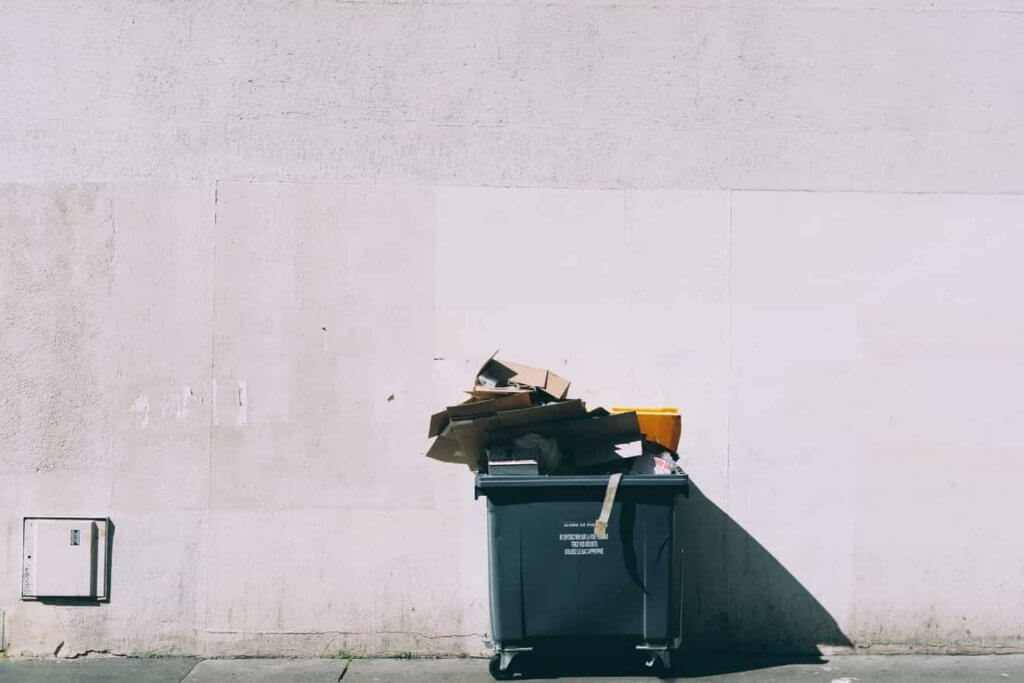 If you found yourself in the situation where a browser has been shut down unexpectedly, you may have wondered the reasons behind it.

In these scenarios, it is common for browsers to outright freeze or stop functioning altogether. It would make sense to attribute these issues to errors in JavaScript.

And for the most part, this is correct. Ther are a handful of ways of which JavaScript can exhaust the limit of a browser’s memory capacity.

These are often called memory leaks, and can significantly impact a user’s browsing experience.

One of the most common methods for a programming language to combat this state is to utilize garbage collection.

In short, a garbage collection is a form of automatic memory management. Its reclaims memory occupied by objects that are no longer in use in the execution of a program.

So, with that understood, does JavaScript use Garbage Collection?

JavaScript uses a method of garbage collection periodically when there are no remaining references to an unused object or variable. This process is completely automated and helps to ensure that a browser doesn’t overload and get out of memory.

In order to detect which objects require to be removed, two main algorithms are used. This is called the Mark-and-sweep algorithm.

There are two phases in this algorithms lifecycle:

This phase scans various objects and variables and ensures that they are referenced by something else in the program. If no reference point exists, delete the object from memory.

This phase is essentially scanning for all possible objects that are linked to each other. The compiler will traverse through all reachable objects (imagine a tree of nodes) and will stop when all reachable nodes have been visited.

Clear the heap memory for all the unreachable objects.

Any objects whose value is equal to false are cleared from the heap memory.

So, even though the process of garbage collection happens automatically, this doesn’t mean that a JavaScript developer doesn’t have to worry about it.

In fact, ignoring it can be detrimental to a program executing, let’s explore the topic of memory management further

What is memory leak JavaScript?

So while we’ve established the role of the garbage collector for preventing memory leaks. What exactly constitutes a memory leak?

In simple terms, a memory leak is data that the compiler has forgotten to use. It can be defined as memory that is no longer required by the application anymore but has not been released to free up the memory capacity.

When you create objects and variables the compiler has to consume some of its memory in order to keep track of this information.

As we noted earlier, the garbage collector will have the awareness to figure our when a variable is no longer required for the program to execute further.

A memory leak will occur when the program no longer needs a created variable but the run time environment (browser) thinks you do.

This causes a conflict between the run time environment and the execution of your code. In comparison to a typical runtime error, memory leaks often go unnoticed, in terms of error visibility.

This is because they aren’t actually caused by explicitly invalid code but rather a logical defect in how the code is structured.

Eventually, this leads to sluggish performance of the application and quite frequently will lead to an outright crash or freeze of the browser.

This is quite different to a explicit runtime error in your code, as the warnings of a leak can often go unrecognized.

The main cause for memory leaks in JavaScript is unwanted variable references. However, that is a somewhat oversimplification of possible memory leak scenarios.

Perhaps the most common culprit of memory leaks, infinite loops frequently cause browser crashes and freezes during user interaction.

To test this out try putting the following code in your developer console debugging tools:

The execution of this code will cause the browser to freeze. However, this snippet is clearly set up to cause a memory leak and unlikely to be found in typical production code.

It’s far more likely that a forgotten timer will create this scenario and the use of setIntervalis typically behind many of these occurrences.

At first glance, you’d be forgiven to assume that this loop output stops after 10 times. However, setIntervaldoesn’t do much more than loop through a specified function.

By itself, it has no stop clause which can be overlooked when reaching for this JavaScript timeout utility.

When combined with clearInterval, we can stop the timeout happening. It takes one parameter that specifies the function you want to clear.

Adding clearIntervalwhere setInterval is used can stop unnecessary memory leaks in your code.

As you may well know, closures are a core pillar of JavaScript fundamentals. Closures are often referred to as function that returns a function.

The main idea being that an inner function has access to the outer functions variables.

Let’s demonstrate this in an example:

Closures are fantastically efficient when trying to write code that is recursive as well as code that doesn’t repeat itself.

While this is great, how can closures cause memory leaks?

Well, a memory leak occurs in a closure if one of the variables declared in the outer most function becomes available for the inner nested function.

This reference in memory has to exist in order for the inner nested function to have access to those variables. Because of constant reference, the variables from the outer function can’t be garbage collected.

The reference to the variables will continue consuming memory of the JavaScript run-time engine and may result in memory leaks.

When working with Reactjs, I have repeatedly come across memory leaks misusing this.setState().

The following warning rears its head in my console logs.

warning.js:33 Warning: Can’t call setState (or forceUpdate) on an unmounted component. This is a no-op, but it indicates a memory leak in your application. To fix, cancel all subscriptions and asynchronous tasks in the componentWillUnmount method.

This happens a lot more than I’d care to admit but thankfully it’s quite a straightforward problem to trace.

Typically, when setState is invoked, the component is rerendered as well as all the logic inside the render function.

If this logic happens to call this.setState() again, the result is endless cycling of re-rendering.

This is a substantial use of memory in the JavaScript compiler and tends to crash the browser promptly. To avoid this, put your setState call behind a condition or a flag that dictates when the rerendering should stop.

And inside your render function:

Perfect, the rendering will only happen once when the component first mounts.

An easy memory leak related trap to fall into is accidentally keeping global variables in your code.

Here is an example of a global variable being created:

Any variable created at the top scope level of the document becomes a global variable.

In the above example, createdVariable been created outside the scope of myFunction and since there are no other local scopes, globalVariable resides at the top level.

Think of the window object in the browser, this is essentially the highest tier of scope in which our JavaScript resides.

You can try this by opening up google developer tools and typing this into the console.

The window object is given back to us here, indicating that the current scope is, in fact, the global scope.

Any variables declared globally can be accessed by all scripts, libraries, and functions in the JavaScript document. This is one of the main reasons why it isn’t garbage collected.

The reliance of other scripts on global variables is a practical enough reason for the garbage collector to hold off on removing these references.

But of course, there are situations where accidental global variables are created. Let’s look at a few culprits:

The implementation of use strict, can prevent unwanted global variable. This is a rather handy utility to use.

Without using strict here, the yourData variable would be hoisted up to the global scope. However, using it will throw a reference error that can avoid polluting the global scope with variable references that will never be garbage collected.

As is now commonplace in the modern JavaScript world,  the use of let instead of var to declare a variable has become the standard.

The use of let enforced the variable to be block scoped. This means that it can only be accessed within the confines of the block, statement or function where it is declared. As a result, the variable will not be referenced on the global scope.

While most highly rated browser extensions are usually optimised to work alongside the browser. There are plenty of cases where memory leaks occur due to failure to release resources.

This type of memory leak is called Zombie Compartments. And is commonly experienced in an event such as closing a window, a page unloading or when enabling or disabling an extension.

This is documented very thoroughly in the MDN docs.

Additionally, older browsers such as IE5+ were notorious for creating memory leaks. As they have an inferior garbage collection algorithm in comparison to today’s modern browsers.

Dealing with memory leaks can be a pain, especially as they comprise the performance of an application. However, it must be acknowledged that the process of garbage collection by modern JavaScript runtime engines is a very efficient method of clearing up space.

And while it doesn’t get it right 100% of the time, it is often not without a valid reason. And is most likely an error by the person that created the program.

In particular, not removing any variables from the global scope seems like a logical decision, as multiple libraries and files could rely on the same variable reference.

Avoiding memory leaks should be the prerogative of any keen programmer striving for efficiency and is just one of the many niche subcategories of JavaScript optimization.

10 Reasons Why You Need To Use GatsbyJS